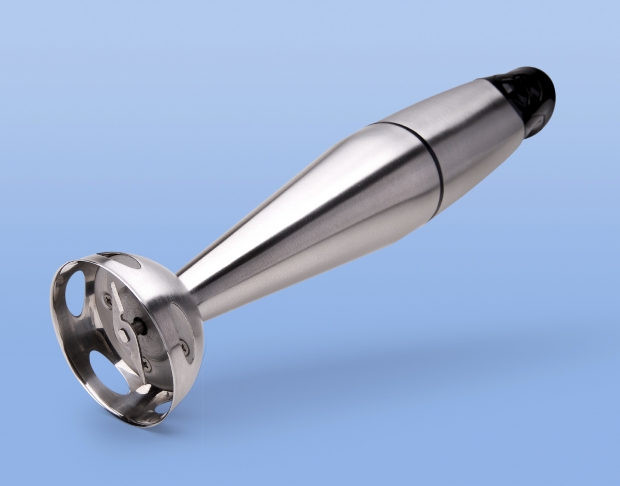 You don’t ‘need’ lots of kitchen gadgets – good knife skills, a masher and grater will take you a long way. But they can make life a lot easier and in some cases, extend the kinds of food you can eat.  They can also save a lot of time – which if you’re working, is important.

If you like cooking and do a fair bit, food machines are a huge help. Even if you don’t cook a great deal, the addition of a stick blender with attachments will immediately enlarge your culinary repertoire!

Attachments give you a better deal. As well as the main blender itself – which you use to blend in the saucepan or measuring jug – you get

Pressure Cookers
These are genius for cooking beans, soups and such – you can even cook big beans without pre-soaking (though I prefer to soak if time). Prices also vary enormously so shop around. I love mine – it’s a simple to use Tefal Clipso and I’ve had it for years. But lots of people are nervous of them. Advice? Go to a good kitchen shop or department (eg John Lewis) and get a demo or good explanation about how different models work – then work out what type and size is best for your needs.

Slow Cookers
Also known as a crock pot, this 70’s favourite has seen a revival because of its thrifty way with fuel and its ability to cook simple ingredients slowly and well. It uses less power than a light bulb – far cheaper than using the oven. It also cooks food for you while you’re out at work. Coming home to a well-cooked, home-made and tasty hot meal at the end of a long day is bliss… so if you have one gathering dust in the back of the cupboard, dig it out! Otherwise, buy a new one – try eBay or Amazon – there are lots of good deals around. They come in different sizes, but a larger model means you can cook enough for a couple of days – or just freeze what’s left over.

IMPORTANT NOTE. Never cook large beans from scratch eg kidney, in a slow cooker. These must be boiled for at least 15 minutes first before adding them to the slow cooker.

Taste-wise, any casserole/curry or similar dish always benefits from being cooked slowly. And just as stews and curries usually taste better the next day because the flavours have had a chance to infuse, so do slow cookers work the same magic. They also seal in nutrition.

Some models have only one setting, while others have a high, low and automatic. I always use the lowest setting and give a dish at least eight hours. Depending on your schedule, you may prefer to cook your dish overnight and switch it off at breakfast time – then reheat in an ordinary pan or microwave when you’re ready to eat. Alternatively, prepare the raw ingredients before you got to work then stick everything in the slow cooker so your meal is ready in the evening.

Fluids: there is no need to flood the crock with lots of fluid but there will need to be a similar amount to what you would usually use in a stew, rice pudding or so forth so it doesn’t burn at the sides. There are plenty of veggie recipes that benefit from the slow treatment, including the classic ratatouille (aubergine, courgette and tomato stew).
A list of VRC recipes that can be slow cooked:
• Spicy Peanut Soup
• Lentil & Frankfurter Stew with Greens
• Moroccan Rice Pudding
• Potato & Watercress Soup
• Carrot & Coriander Soup
• Muttar Panir (Curd and Pea Curry)
• Cauliflower & Chick Pea Curry