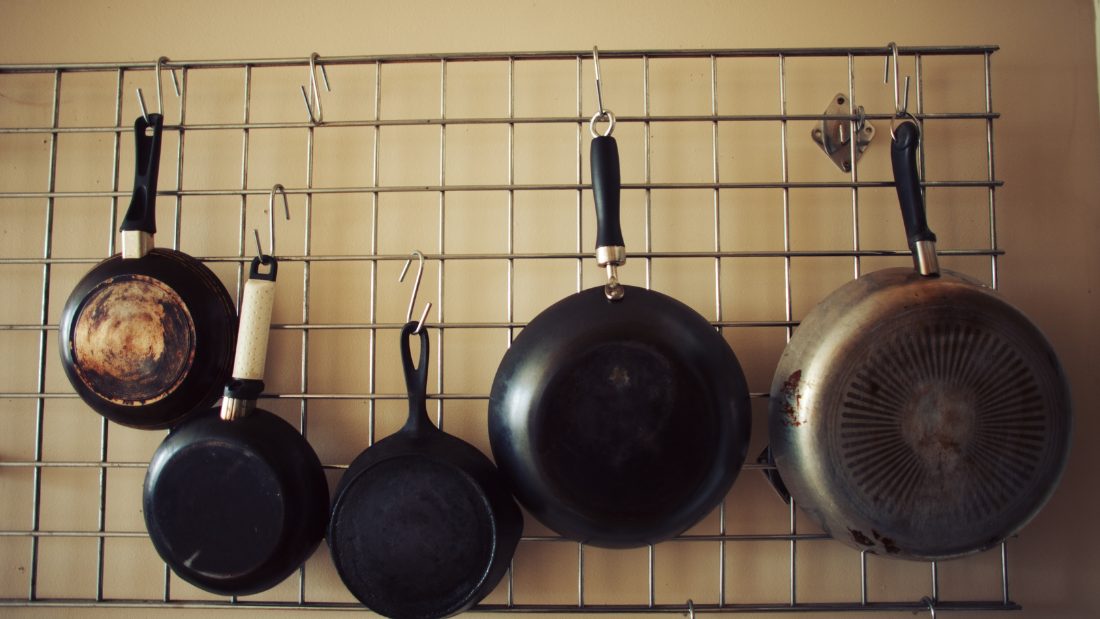 Knife – it may sound obvious, but get the best quality one you can afford, plus a sharpener. Buy a straight- edged not serrated if possible. Just one decent medium-sized or large knife (much faster than little ones!), a knife sharpener and a big chopping board or two will revolutionise your cooking. I found a cheap, excellent knife set in IKEA called Andlig and the medium knife is amazing! – it sharpens up beautifully with a cheap knife sharpener also.

Vegetable peeler – get the French variety (not long skinny type) for when scrubbing potatoes or carrots just doesn’t do it! They save hours… cheap in good hardware shops, IKEA and anywhere with a kitchen department.

Measuring cups and spoons – you can buy these in hardware/kitchen shops/John Lewis and elsewhere. Good for US/Canadian recipes. They’re cheap and really useful – lots of US originated recipes use them.

Scales – metric (unless you have a collection of beloved old cookbooks that use imperial measurements!)

Budget blenders? Verdict – go for the high-speed option if you can afford it, rather than the stick. But if you have the money, get both!

Pressure cooker – not essential but a really useful tool. Soups and pulses (medium-large beans) are the most obvious uses but they also make brown rice in about 13 minutes; jam and much more. Cooking pulses in bulk means they can be frozen – about a tin’s worth in each small, sealed bag – saving packaging, fuel and money.