Booze – is it vegan? 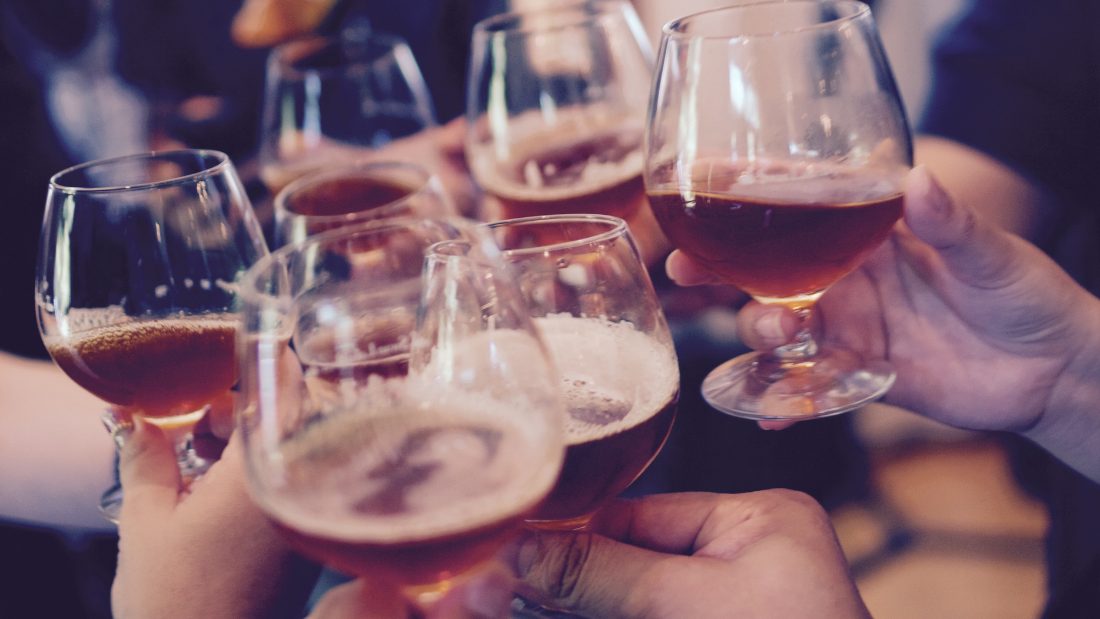 Why wouldn’t booze NOT be vegan? It’s not so much what it is made from – eg fruit, hops etc are all vegan after all – but what might be used to ‘fine’ it – ie to clarify it and stop it looking cloudy. Vegan finings are usually made from a mineral called bentonite. Animal derived finings range from isinglass (fish bladders) to eggs or cow’s milk. If you’re not sure why vegans avoid eggs and milk, check www.viva.org.uk

Beer – bottled beer is often vegan while cask beer varies a lot.
Cider – much cider is vegan but not all and again, this will vary between bottled and cask.
Wine – again, this varies a lot. But many wines ARE vegan and manufacturers and retailers are getting much better at promoting their vegan ranges.

Every supermarket sells a vegan range now and they’ve all got better at helping you find products too!
The Co-op, M&S and Sainsbury’s label their own-brand vegan ranges pretty well.
Asda and Morrison: just put ‘vegan wine’ in the search box on their websites. Or ask a member of staff to look for you if you’re in-store.
Oxford Landing – all their wines are vegan.

For all things alcoholic, Barnivore site is the motherlode!